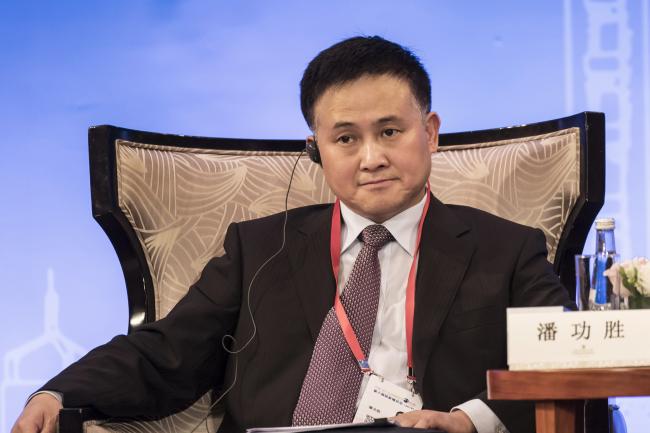 (Bloomberg) — China vowed to push ahead with opening its bond market to foreign investors, with a senior central bank official saying it was crucial for the development of the nation’s financial markets.

“We have some thoughts about how to further open up the bond market,” People’s Bank of China Deputy Governor Pan Gongsheng said at a forum on Thursday. “We’re researching and plan to issue new index products such as bond ETFs to facilitate foreign investors, and will improve connectivity between central custodian institutions.”

China has accelerated the opening of its financial market to foreign investors since late 2017 by lifting some curbs on the ownership of financial institutions. In a recent move, it doubled the limit of the Qualified Foreign Institutional Investor program, a main foreign investment channel into China, to $300 billion.

Pan praised the development of the local bond market, noting that it had high yields and a relatively low default rate of 0.79 percent at the end of 2018. He added that a certain level of defaults could benefit the bond market in the long term.

China’s local bond defaults surged to a record 119.6 billion yuan in 2018, more than quadruple the tally in 2017, according to data compiled by Bloomberg.

By the end of 2018, almost 200 billion yuan ($30 billion) had been raised selling so-called Panda bonds, yuan-denominated debt sold by overseas issuers. Pan said China welcomes overseas entities that want to raise money locally and the proceeds can be used freely inside and outside the country, though he doesn’t understand why anyone would raise yuan in China and immediately convert it into U.S. dollars.

Pan was speaking at an event co-organized by Bloomberg L.P., the parent company of Bloomberg News.