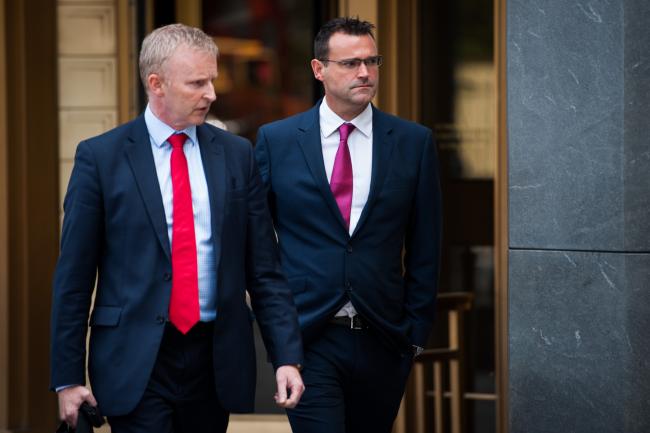 (Bloomberg) — A trio of former British currency traders pushed a U.S. judge to throw out charges they conspired to fix the foreign-exchange market, arguing that they can’t be guilty of violating U.S. antitrust laws because the banks for which they worked weren’t always in direct competition.

Attorneys for former traders Richard Usher, Chris Ashton and Rohan Ramchandani on Monday said the banks that employed them weren’t always buyers or sellers in the foreign-exchange spot market but were often counterparties making deals, like automakers who sell excess inventory to each other.

“This is just banks contacting each other,” said Michael Kendall, an attorney for Usher, a former JPMorgan Chase & Co (NYSE:). trader. The charges against the three men are the culmination of a global investigation started in 2013 into currency-market manipulation that saw seven banks pay about $10 billion in fines. The trio became a focus of the probes over an electronic chat room, known as “the Cartel,” where they shared information. Their trial is scheduled to start Oct. 1.

Assistant U.S. Attorney Carrie Ann Syme said the traders’ behavior was a “classic case” of rivals conspiring to fix a market rather than face competition. Syme said that while competitors deal with each other in every market, the relevant question is whether such deals count as a restraint of trade between parties that transact in a single market.

Berman didn’t rule immediately on the request to have the charges dismissed.

FOREX-Yen on defensive as risk appetite revives
Scroll to top