Blog - Latest News
You are here: Home / Technical Analysis / Brexit hopes send the GBPUSD higher, but what might limit the rise now...

There was positive news out of the EU/UK Brexit transition talks. That news, coupled with a technical break of a trend line on the 4-hour chart below at 1.3976 (see blue numbered circles), and a move above  the 1.4000 area ceiling (see green circles), led to a good run higher. The bulls took control. 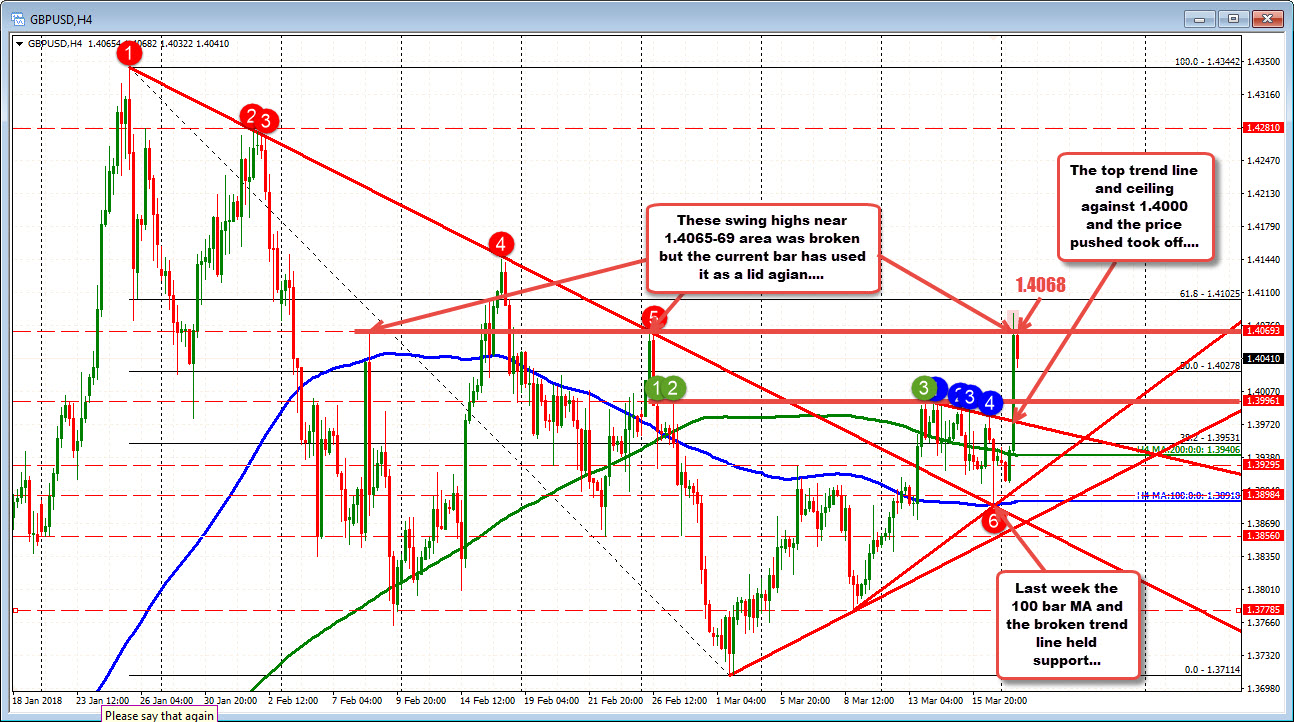 The run higher was able to get above another key swing/ceiling area at 1.4065-69. Swing highs from February 8th and February 26th, stalled rallies on those days.

That level was broken today with the high for the day extending to 1.4088. More good news for the buyers.

However, that last break failed.

The price has moved back lower and back below the 1.4065-69 area since the peak.  In fact, the high on the current bar is also in that swing area at 1.4068. Buyers, started to sell against the area.

That begs the question now…Is the ceiling being reestablished?   Traders have to be cognizant of that potential.

As a result, there is a consolidation battle going on between support at 1.40278 and resistance at 1.4065-69.    Traders short from above and long from below, will battle it out, with a break of either extreme, likely leading to more momentum in the direction of the break.

The support and resistance areas may also attract traders who buy the dip against support, and sell a rally against resistance – with stops on breaks.

More from the order boards 20 March

USDJPY falls back below old trend line
Scroll to top