Bitcoin is trading at 5-week lows 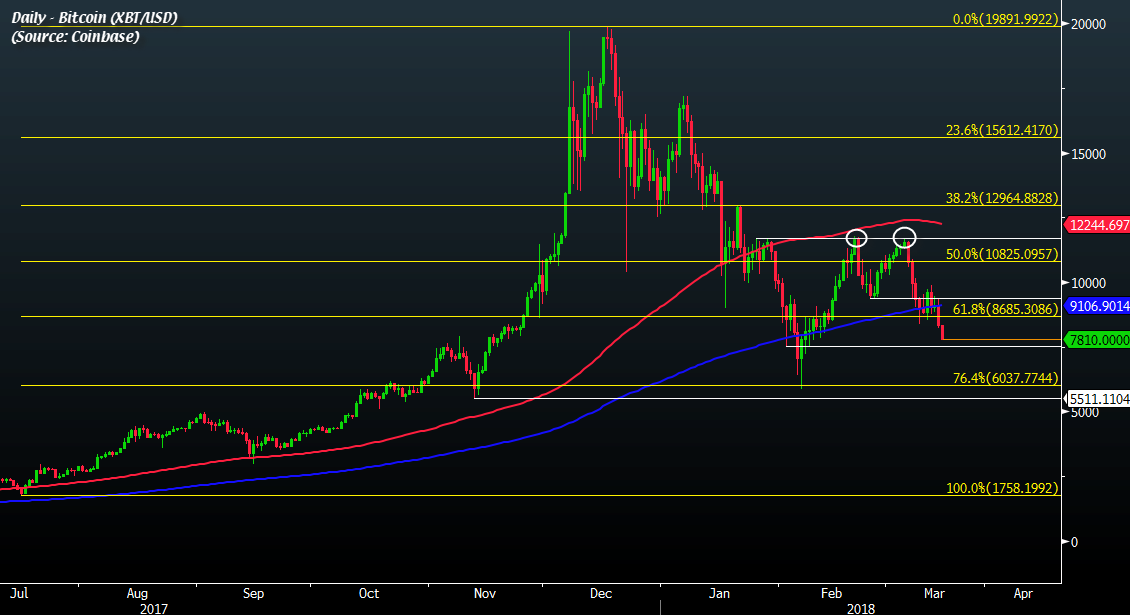 Buyers made a run for $11,000 earlier in the month, but price formed a figurative double top formation and from there the decline just kept going.

From the highs, Bitcoin is down by almost 33% currently.

After the decline from early March, price was stuck around the 200-day MA (blue line) and 61.8 retracement level on the daily chart. But the catalyst for a break to the downside appears to be yesterday’s
news that Google has decided to ban cryptocurrency and ICO ads starting from June.

It’s a slippery slope now if you’re looking at the chart with very weak support levels to pick out. You can argue that there is some form of nearby support from the hourly chart – but when price has moved down so swiftly and with such force, it’s hard to argue that the bleeding will stop here: