Blog - Latest News
You are here: Home / Cryptocurrency News / Bitcoin trades near the lows after Japan’s FSA plans to issue a warning...

Binance is one of the world’s largest cryptocurrency exchanges 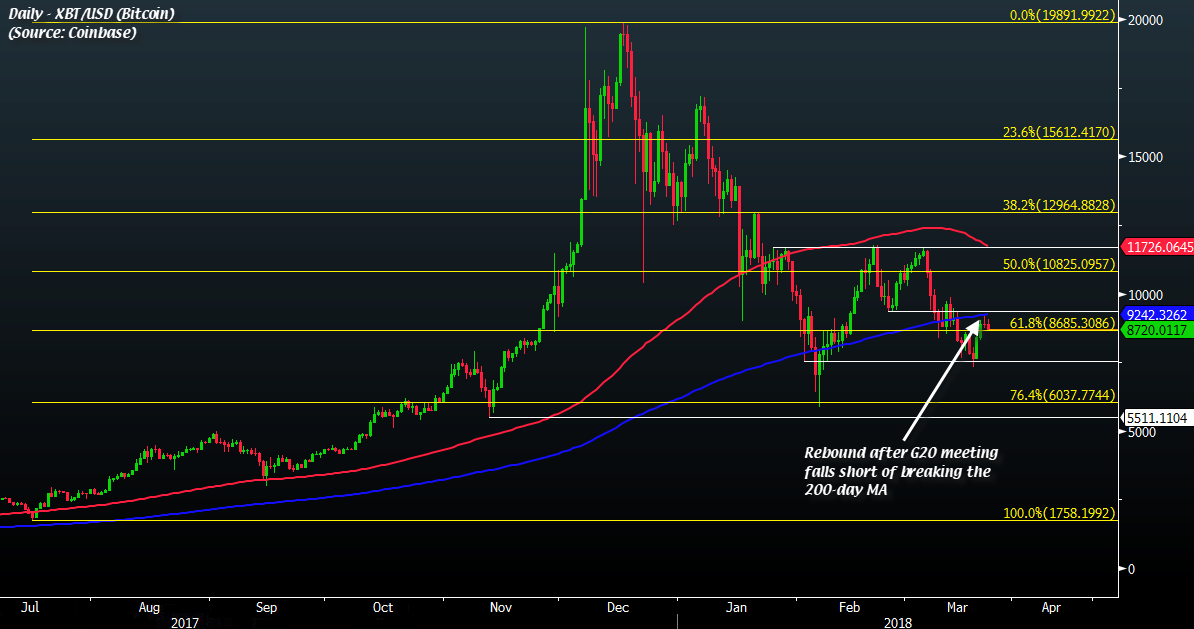 The Nikkei is reporting
here that Japan’s Financial Services Agency is planning to issue a warning against Binance for operating in the country without a license.
The FSA has already come down hard on exchanges in the country, even suspending some of them earlier in the month
here.

That has caused a tumble in the price of more prominent cryptocurrencies and Bitcoin fell to a low just under $8,700 earlier.

The dip in the last two days coincide with the inability of price to move above the 200-day MA (blue line) following the G20 meeting earlier in the week – in which a lack of coordinated regulation against cryptocurrencies was the main takeaway.

The current level it is testing is the 61.8 retracement level but the lows for the month near $7,500 would be the key support level for Bitcoin.