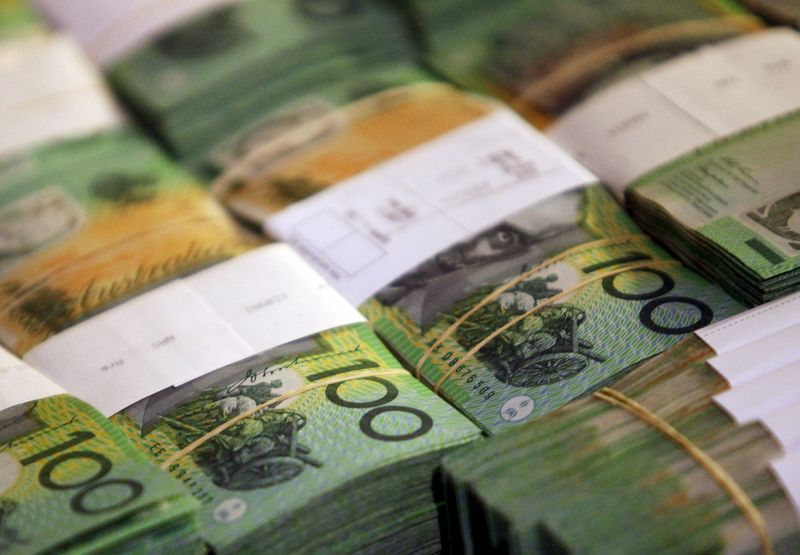 By Wayne Cole and Charlotte Greenfield

Sentiment was helped by data showing Chinese industrial output and fixed asset investment handily beat expectations in the January-February period, while retail sales were in line with forecasts. currencies had wobbled overnight after U.S. President Donald Trump fired his secretary of state and floated the idea of tariffs on up to $60 billion of imports from China. open economies that rely heavily on free trade, Australia and New Zealand would have much to lose should U.S. protectionism lead to tit-for-tat reprisals globally.

Australia in particular is vulnerable as a producer of basic commodities used in the world supply chain and the Aussie faded even as the U.S. dollar lost ground to the yen and euro.

“How low it goes depends in no small measure on whether or not this is another one day wonder for risk appetite,” said Greg McKenna, chief market strategist at AxiTrade.

“A shallow bout of this market malaise would see the Australian dollar retain its support, $0.7840 hold, and the obvious ailments of the U.S. dollar again push back to and possibly through 79 cents.”

Domestic data offered little excitement with the Westpac consumer sentiment index edging up 0.2 percent in March, with optimists only just outnumbering pessimists. New Zealand, figures showed the country’s current account deficit widened a little more than expected to NZ$1.951 billion ($1.43 billion) last quarter. on gross domestic product due out on Thursday are expected to show New Zealand’s economy grew 0.7 percent in the December quarter, lifting the annual pace of expansion to a brisk 3.1 percent. NZD still outperformed on crosses, and with some likely solid local economic data to close out the week, that upside bias could continue,” said Philip Borkin, senior macro strategist at ANZ Bank in a research note.

Australian government bond futures also firmed in line with Treasuries, with the three-year bond contract YTTc1 up 4 ticks at 97.895. The 10-year contract YTCc1 rose 5.25 ticks to 97.2550. (Editing by Himani Sarkar)