Blog - Latest News
You are here: Home / Technical Analysis / AUDUSD hits a key target and stalls. What stopped the fall?

What was resistance, became support today

Looking at the 4-hour chart of the AUDUSD, in the last week’s trading (and the week before that) the price stalled no fewer than 4 times against the 100 bar MA. 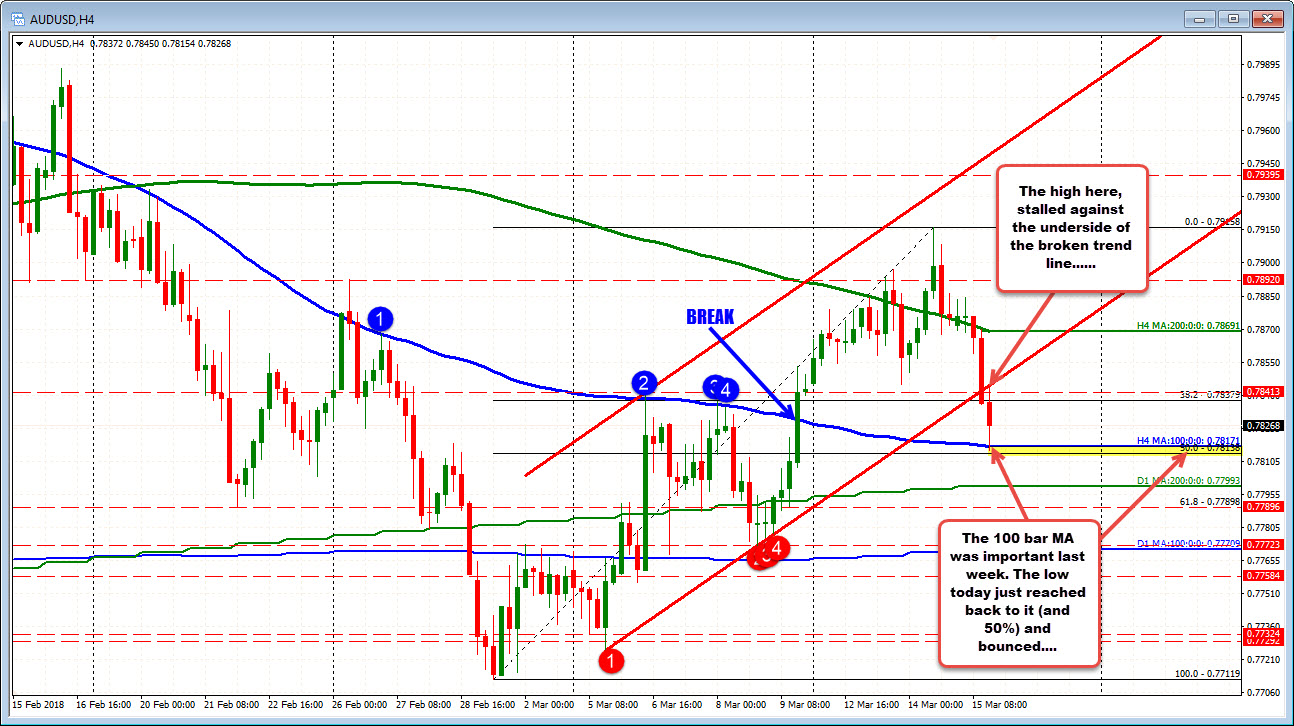 On Friday, the price cracked above that MA at 0.7829 (at the time) on the back of the “Goldilocks” employment report.  What was resistance, became support at that MA level.

The momentum on the break continued to a high of 0.79158.  The pair stalled. The price moved back lower.

That is what stopped the fall folks.  What was resistance became support and the support against the technical levels held.

Now… on the move lower today, the price moved below a trend line currently at 0.7844. The current 4-hour bar, stalled right against that trend line. It is now resistance.

The battle is on.  We trade between the levels.  Look for the buyers and sellers to defend their positions near the levels.

In between, flip a coin.

On a break, look for more momentum in the direction of the break as the winners win, and the losers, give up.

US 30 Index Trades in Symmetrical Triangle; Weak Bias in Near Term
Scroll to top