The Australian Dollar has prolonged its downturn against other major currencies during the past week. Though, the decline can be seen notably in the AUD/CHF chart.

In the four-hour time frame, the AUD/CHF exchange rate breached the 50.00% Fibonacci retracement level and return to the opposite direction. This retracement can be measured by connecting the March low at 0.7248 and the January high at 0.7718.

In the meantime, the currency pair is likely to remain bearish during the following trading session until it breaches the lower boundary of a junior descending channel where the monthly S2 is also located. 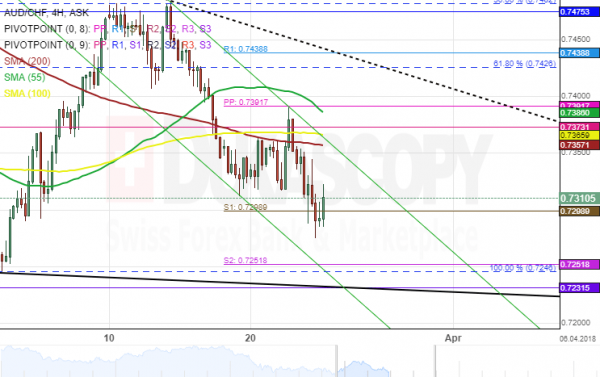