The regulatory onslaught has been non-stop this year but there is a small slice of good news on the calendar: April has been the best month, on average for Bitcoin. Since 2011, the average gain has been almost 49% including 21% last year.

If we take just the past five years, then April is a middle-of-the-road month. 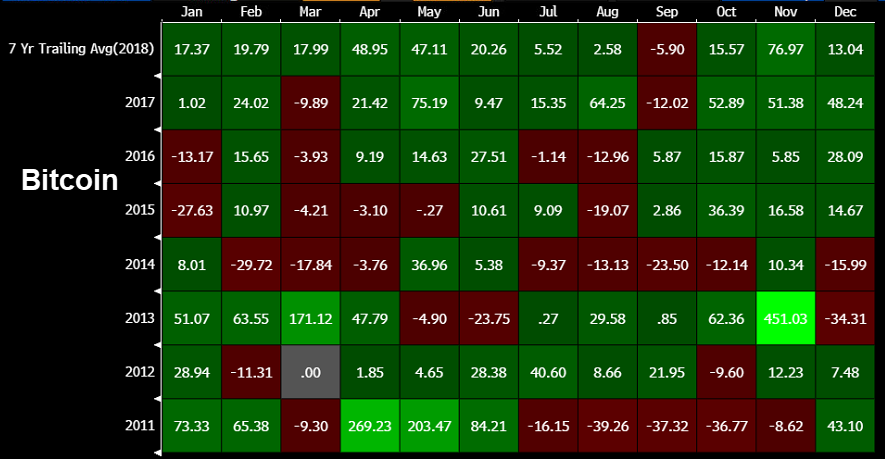 So while seasonals can be solid technical tool at times, I wouldn’t weigh them heavily in any Bitcoin trading equation.