This year started out with so much promise in the stock market. It was euphoric in early January with a rip to start the year but on January 26 the S&P 500 hit a peak of 2872 and it’s been a rough ride since.

In March, the S&P 500 fell 2.2% in the second consecutive month of declines. The good news is that the market climbed in the final day of March and that April seasonals are much better.

It’s pretty-much the same story in equity markets around the globe.

So pretty much anywhere you look, there is a seasonal tailwind. With the 200-day moving average as nearby support for the S&P 500, buying is worth a shot, right? 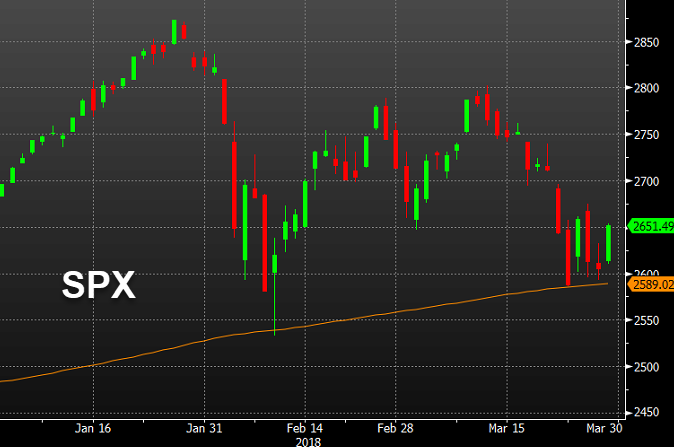 The JPY is the strongest. The NZD is the weakest as NA traders enter for the...