April is the worst month for the US dollar 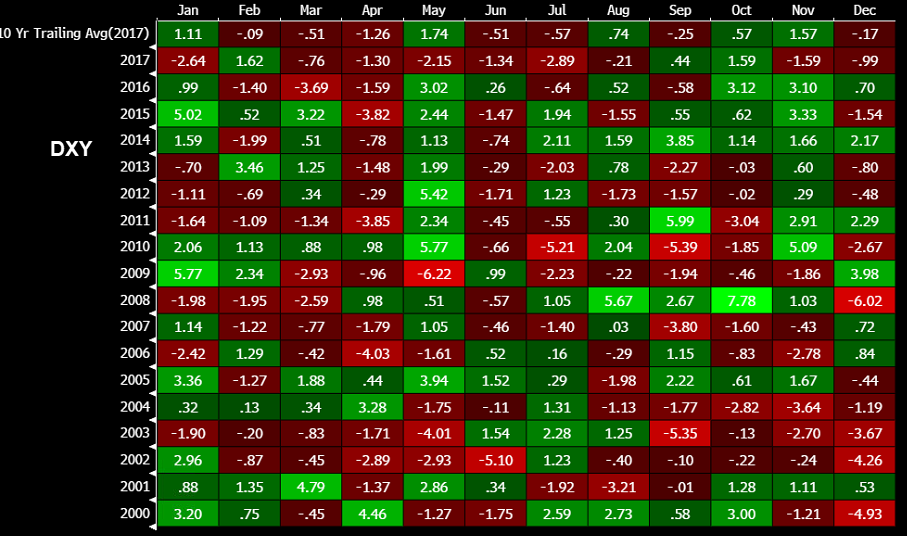 The Dollar Index has fallen in seven consecutive Aprils and has had an average decline of 1.26% over the past decade.

My theory on this is that US stats agencies have struggled to seasonally adjust in Q1 for years and the soft economic data has put a damper on Fed expectations around the month of April each year. Just today, the Dallas Fed trimmed mean inflation reading took a surprising drop.

That could all be reversed, however, because the benefits of tax reform are beginning to kick in.

In any case, in terms of pure seasonals, the dollar particularly struggles in April against the euro and the commodity currencies, especially CAD.

A warning though, dollar shorts might want to take profit when they get a good opportunity later in the month because the trend reverses in May, which is the best month for the dollar.

April seasonals: March was a rough month for stock markets